Among the most admired objects at WMODA are the two circular tables with tiled tops by the Moorcroft pottery. One is in the Arts & Crafts gallery and the other is the centerpiece of the Art of Tea exhibit. They are the perfect style for afternoon tea for two, Victorian style.

Visiting the Moorcroft Heritage Center is one of the highlights of the Staffordshire Potteries. The art pottery has been in the same Cobridge location since 1913 and there is still a bottle oven in situ. Their museum tells the story of William Moorcroft, who perfected a decorating technique known as tube-lining in the late 1890s. His Florian Wares, featuring foliate motifs in raised slip, were sold internationally by luxury stores including Tiffany’s of New York and Liberty’s of London.  There are many examples of vintage Moorcroft on display at WMODA as well as designs by their contemporary studio artists.

A video in the Arts & Crafts gallery shows how today’s team of artists produce hand-made and hand-decorated art pottery using the traditional techniques developed by William Moorcroft, including slip-casting, lathe-turning and tube-lining. The contemporary studio is staffed mainly by women led by senior designer Rachel Bishop. Flowers are their main inspiration and many of their designs echo the elegant foliate forms of the art nouveau era.

In 2008, four of the Moorcroft designers worked on a table-top for the Royal Horticultural Society show at Tatton Park in Cheshire. Each artist contributed a different quadrant. Clematis and Jasmine were featured by Rachel Bishop, Ornamental Cabbage by Emma Bossons, Astrantia and Roses by Kerry Goodwin and Calendula and Lonicera by Nicola Slaney.  The Tatton table was such as a success that the idea was reprised for the RHS Chelsea Flower show in London in 2013.

The city of Stoke-on-Trent created a medal-winning Transformation garden for the Chelsea show to highlight the regeneration of the Potteries towns. The Moorcroft tiled table-top was the centerpiece of the contemporary living area surrounded by a wine cooler. Five members of the Moorcroft Design Studio worked on this project and their table-top reflected the color palette of the planting which was dominated with apricots, soft oranges, coppers and bronze. After the show, the table-top was sold also with a more traditional wood base. The Moorcroft studio then went on to produce tiled mirrors and wall art to accompany their range of vases and lamp bases.

The idea of incorporating tiles into furniture is not new. The Victorians produced wash stands with tiled splash-backs, mantelpieces with flanking tile panels, and even chairs – like the one in the Arts & Crafts gallery at WMODA. With the increase of bathrooms in British homes, followed by the advent of central heating, tiles were often removed from their original locations and sold to collectors. Tile collecting is popular around the world and there is a Tiles and Architectural Society dedicated to their study and preservation.  The TACS magazine is appropriately called Glazed Expressions, a look often seen at WMODA when browsing the galleries!
Click to discover more about tiles. 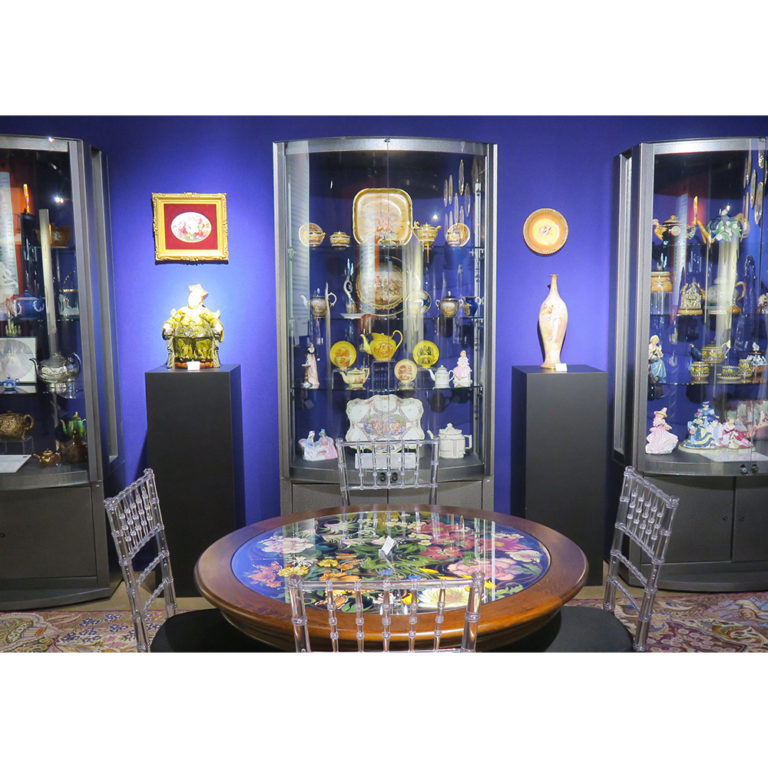 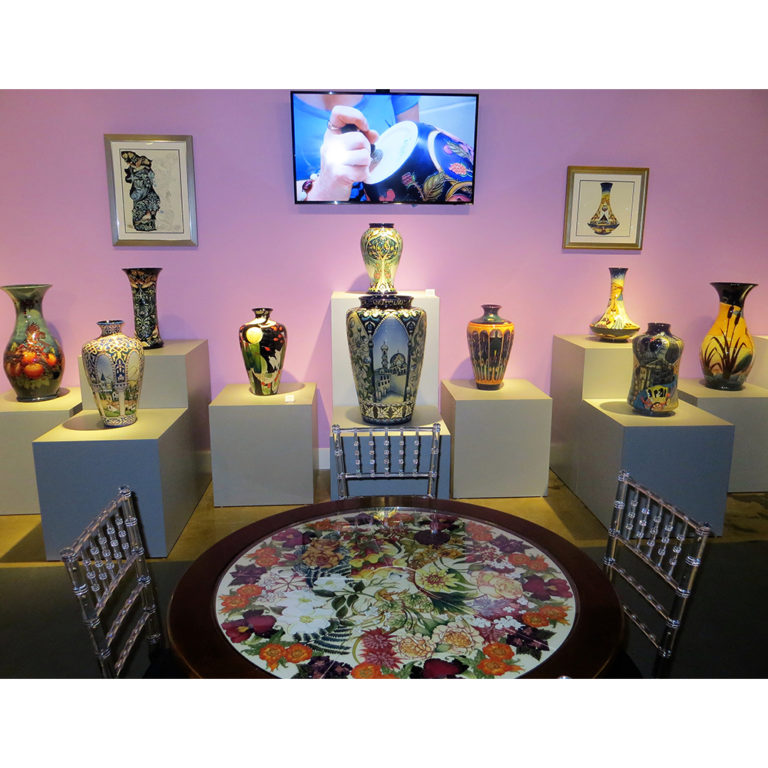 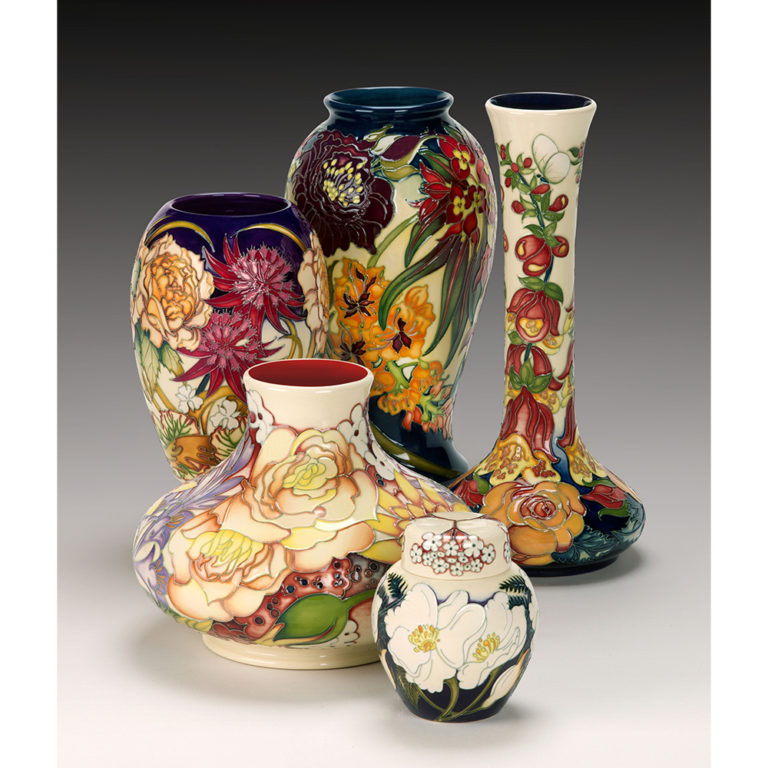 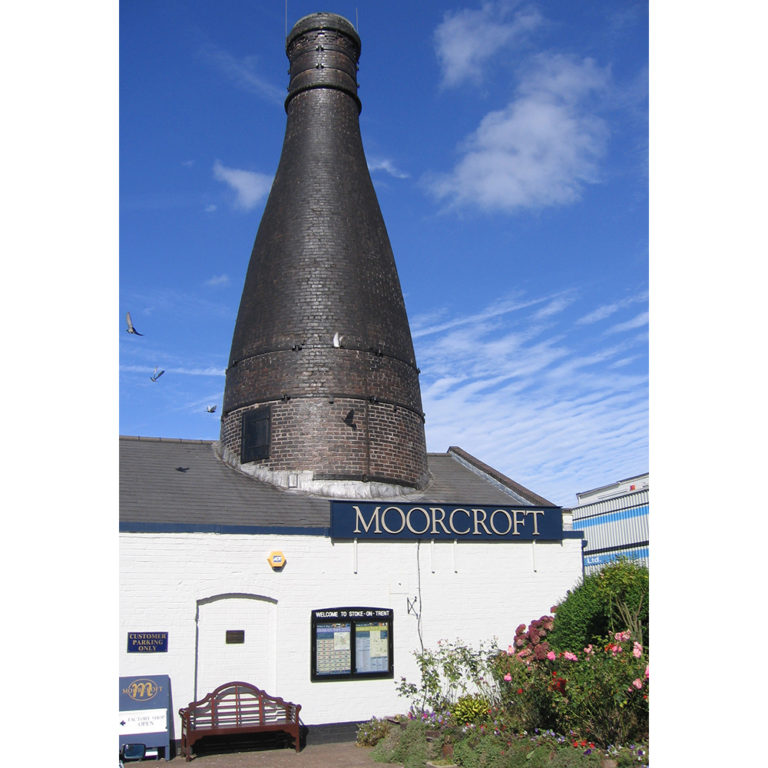 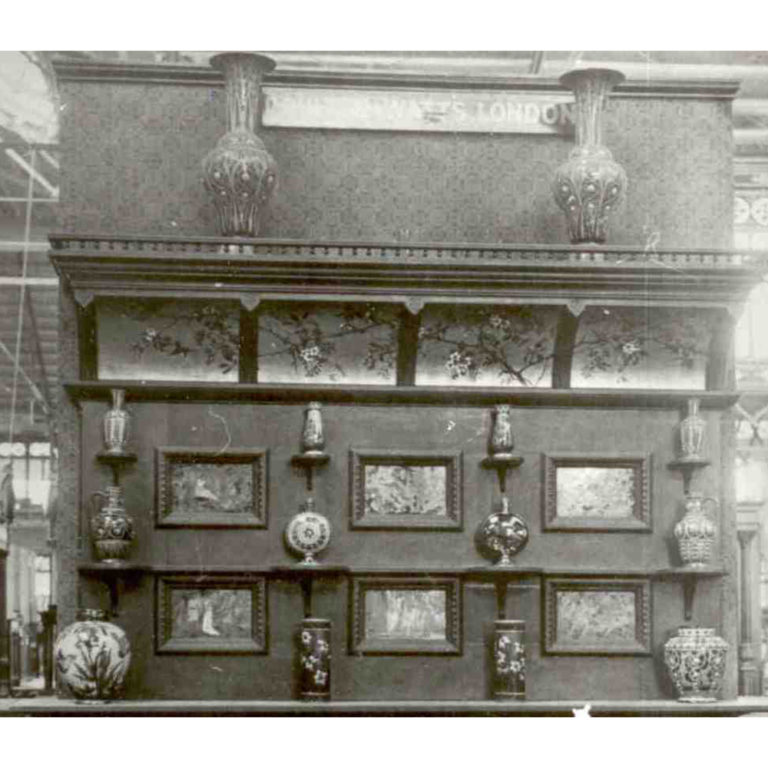 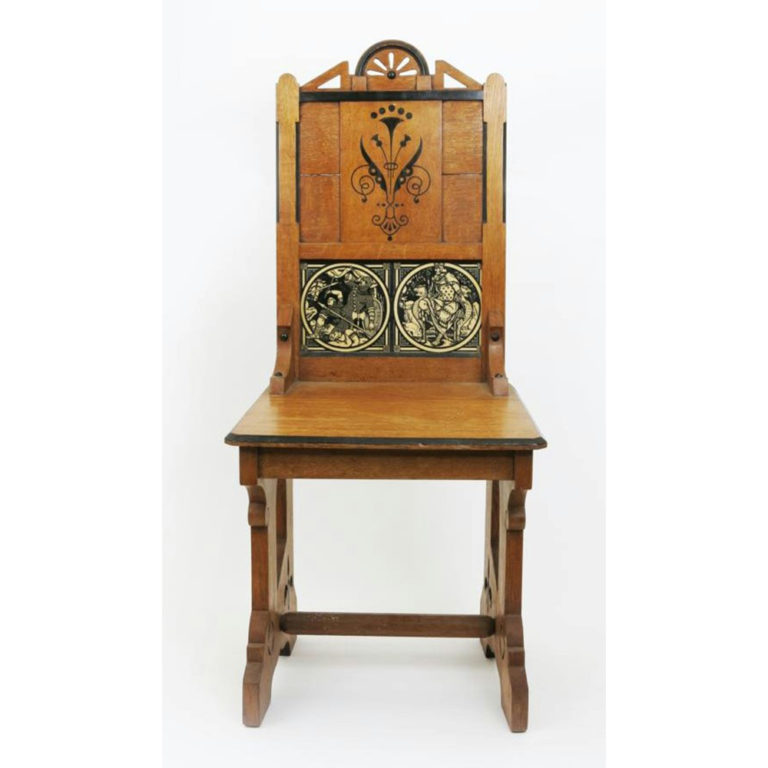 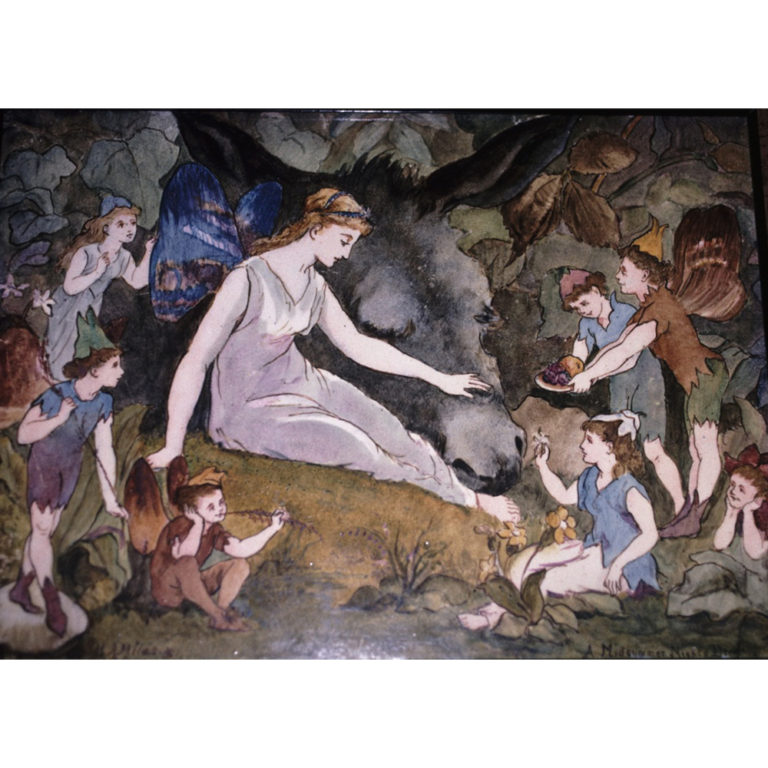 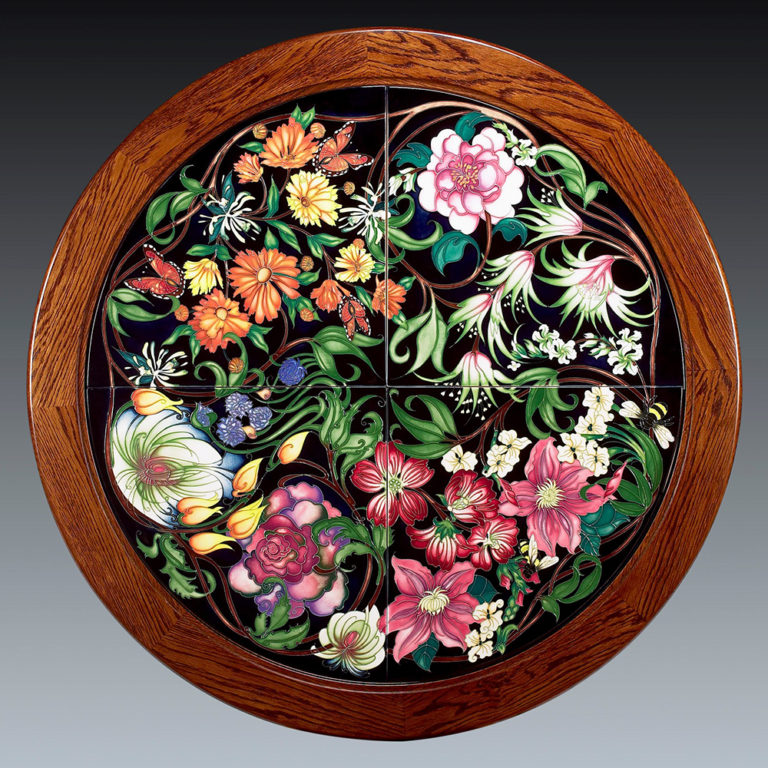 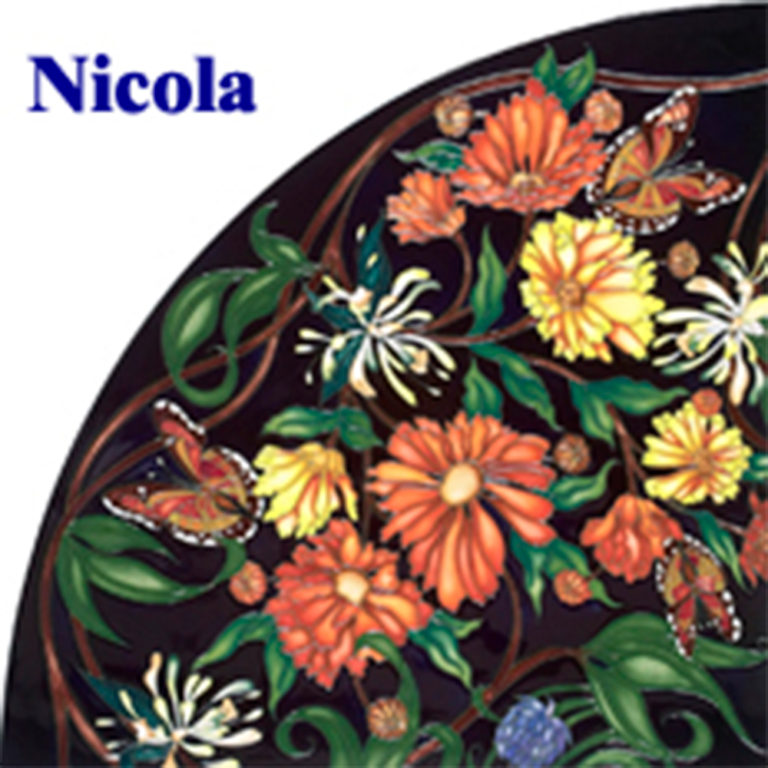 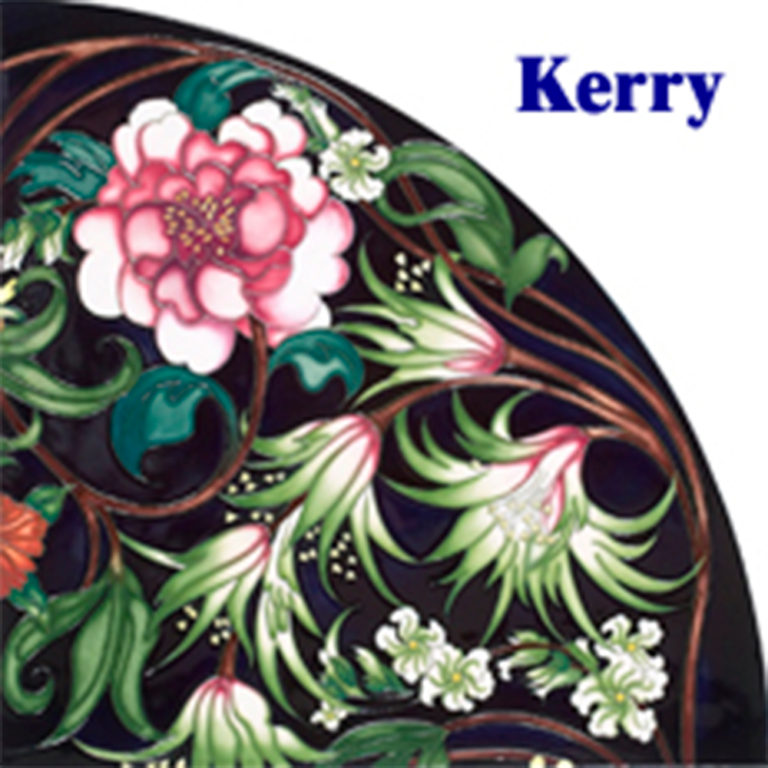 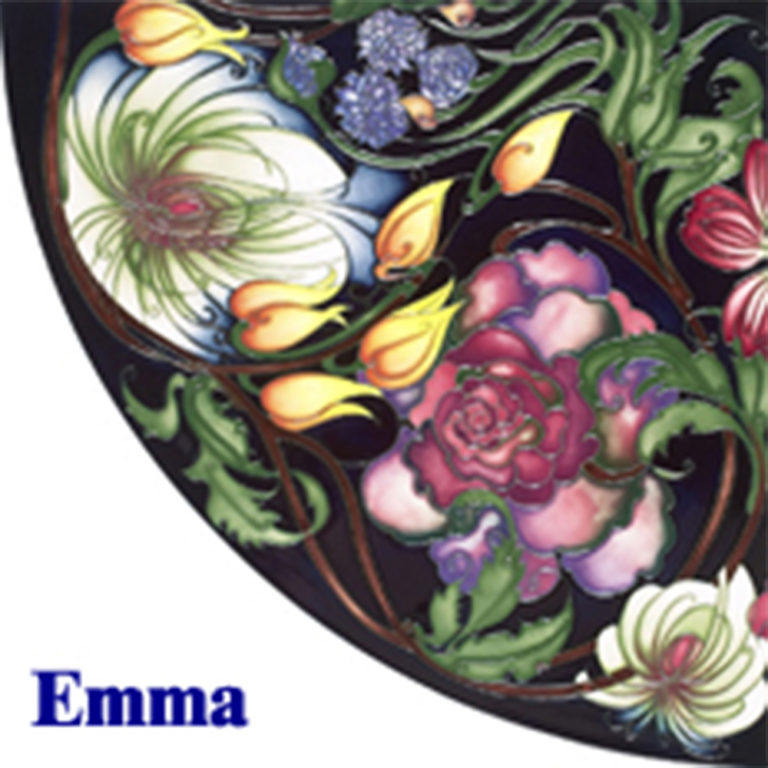 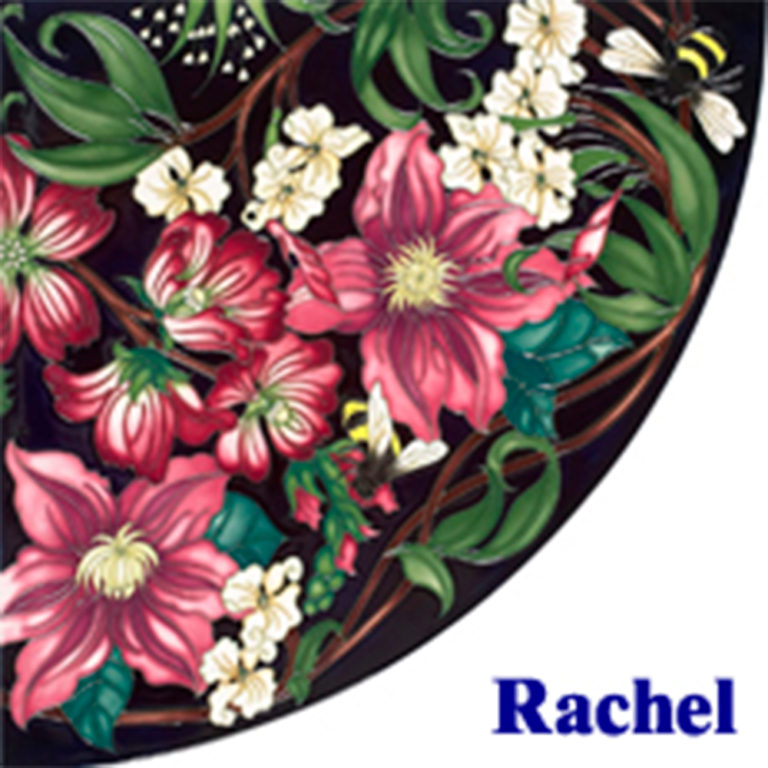 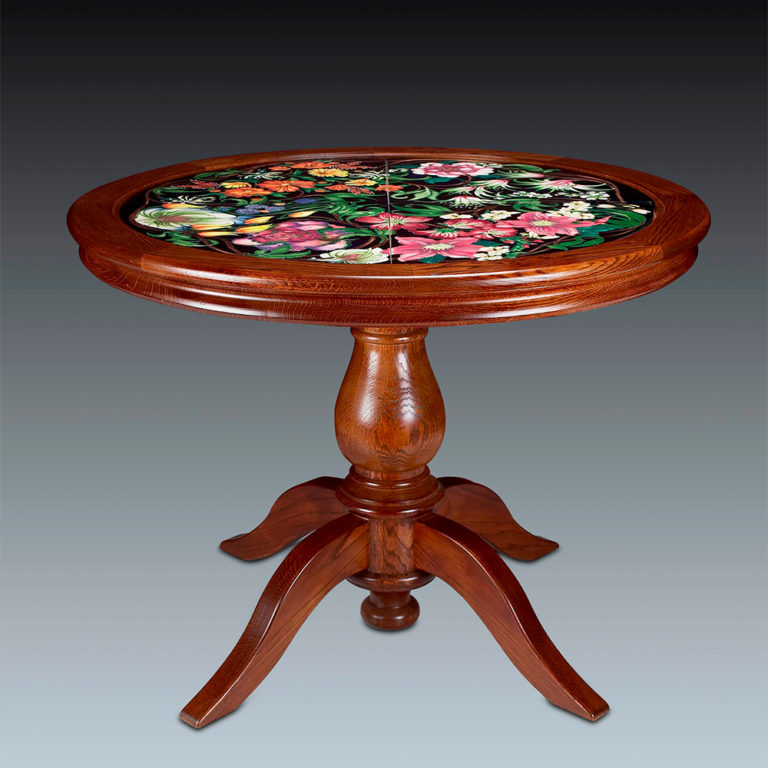 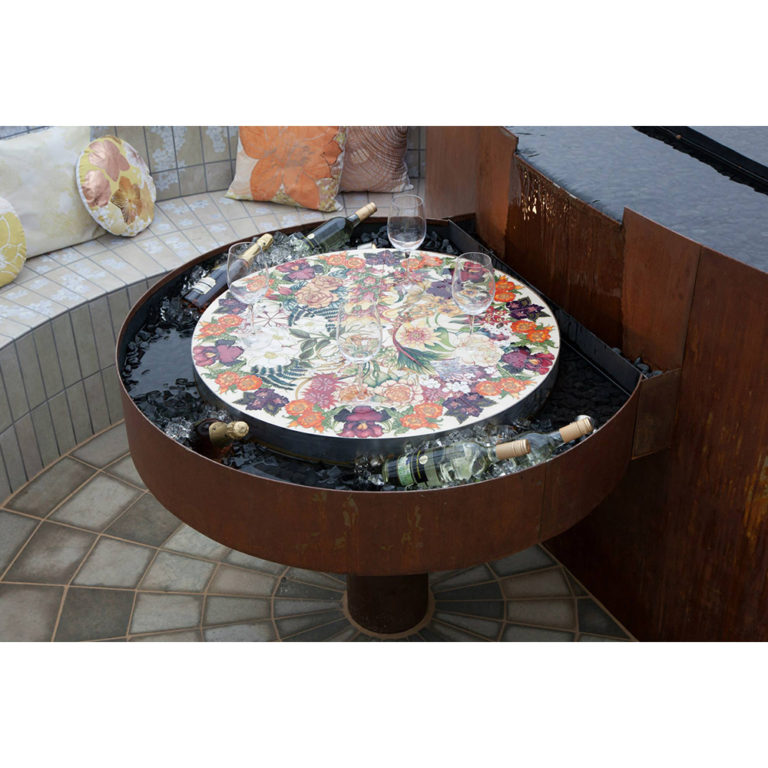 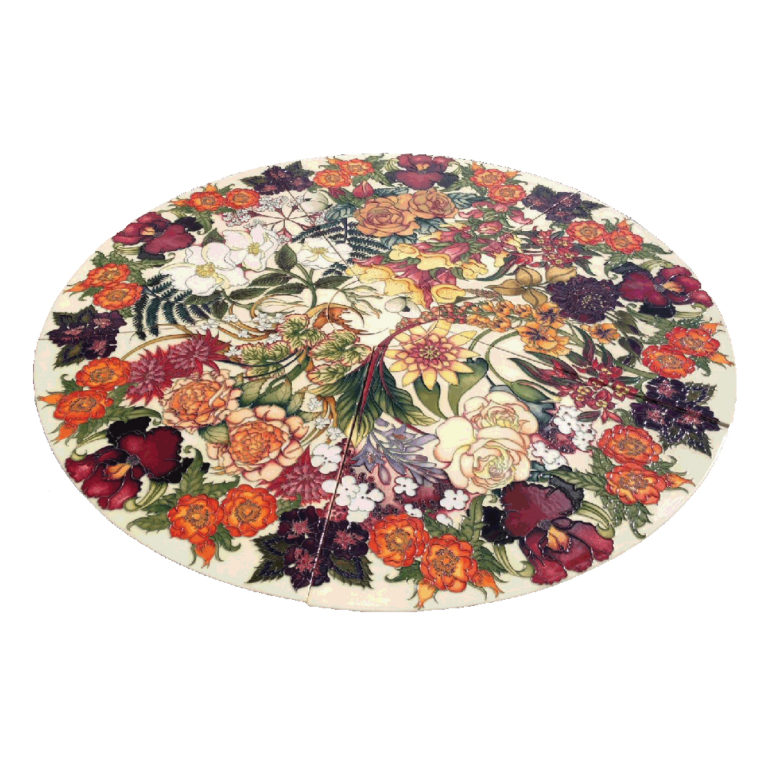 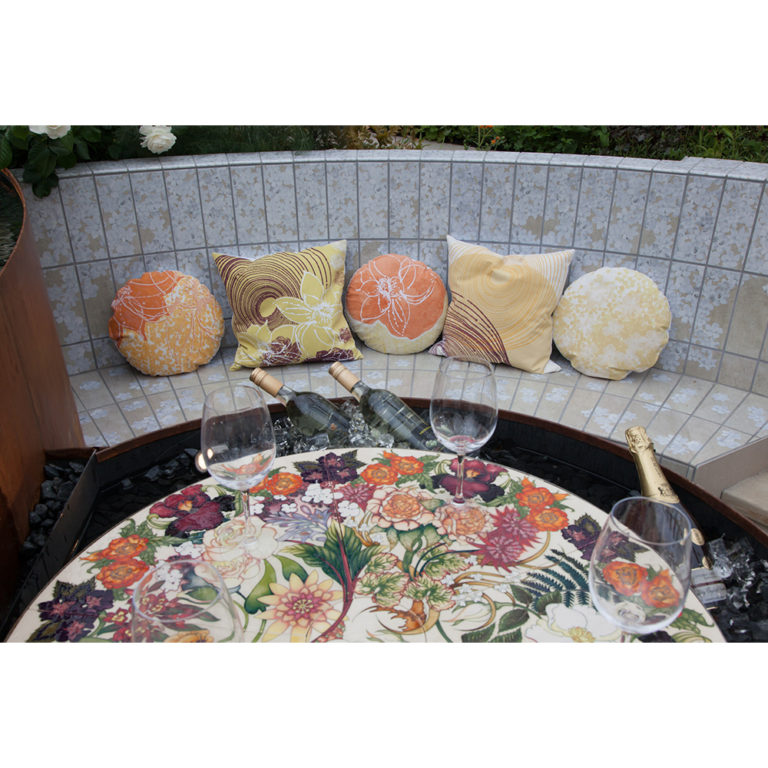 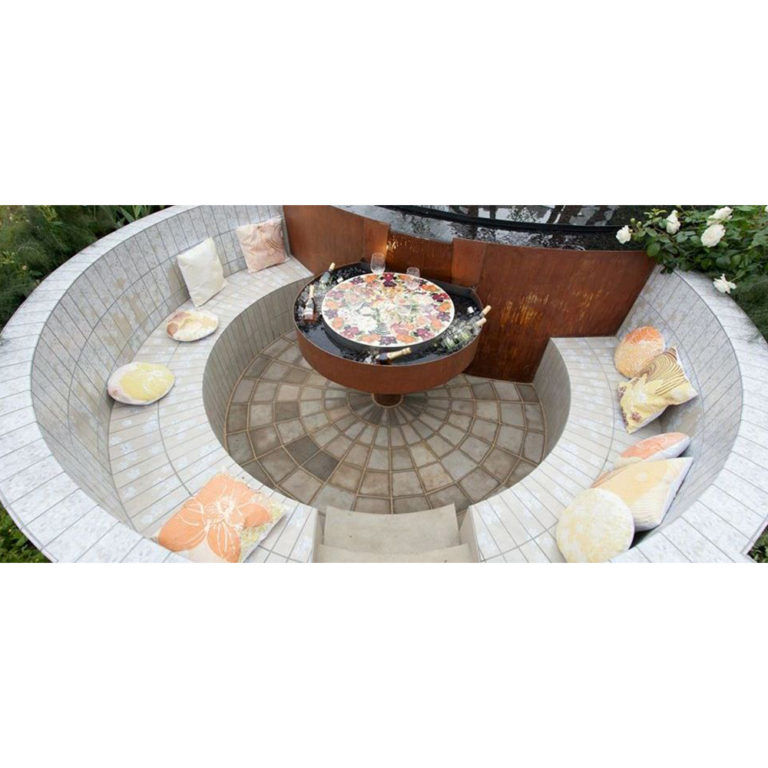 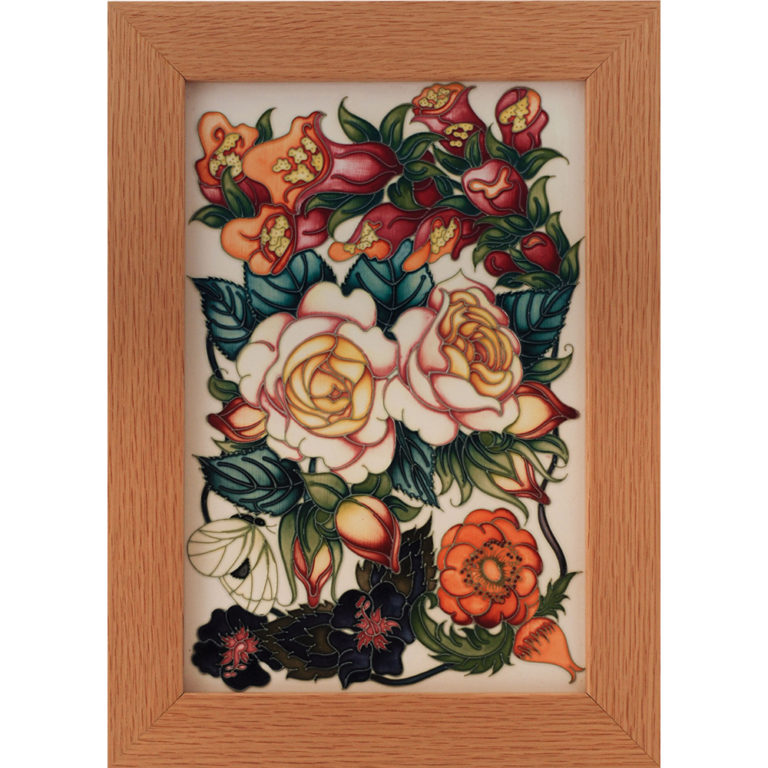 Your ticket for the: Glazed Expressions