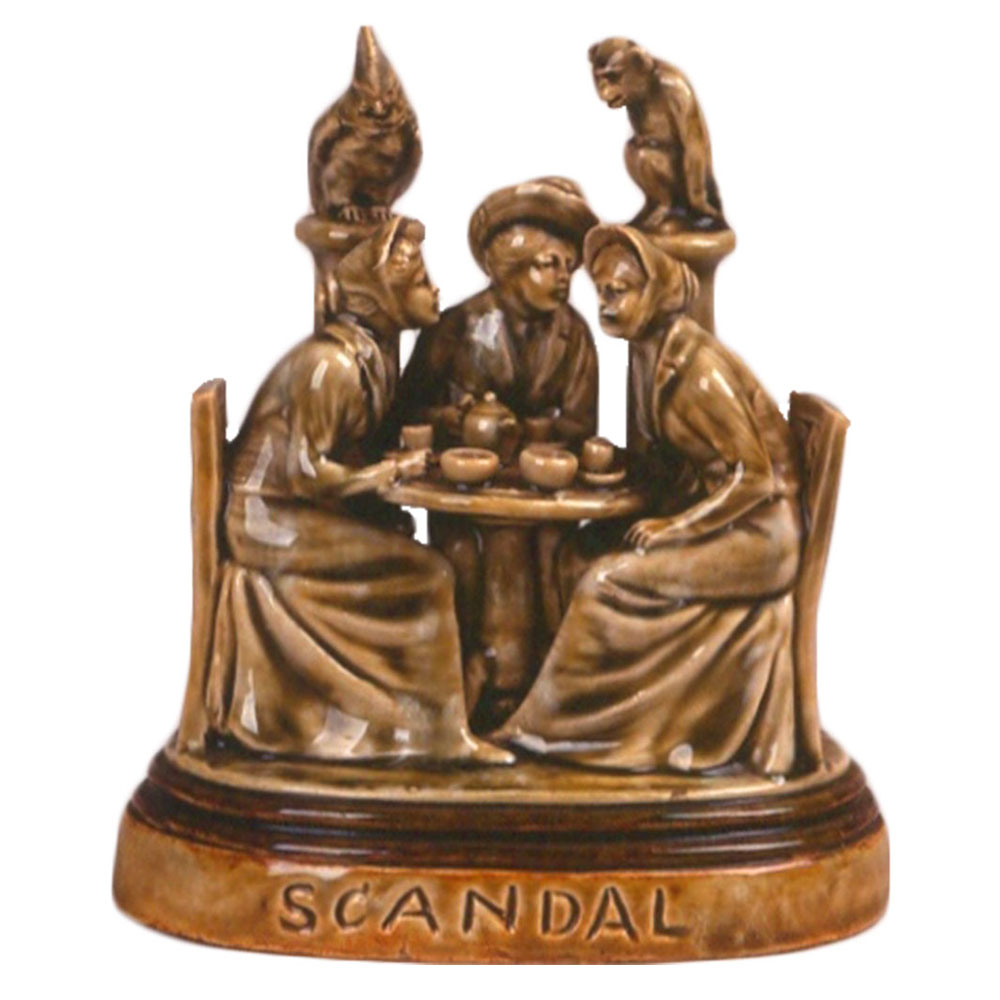 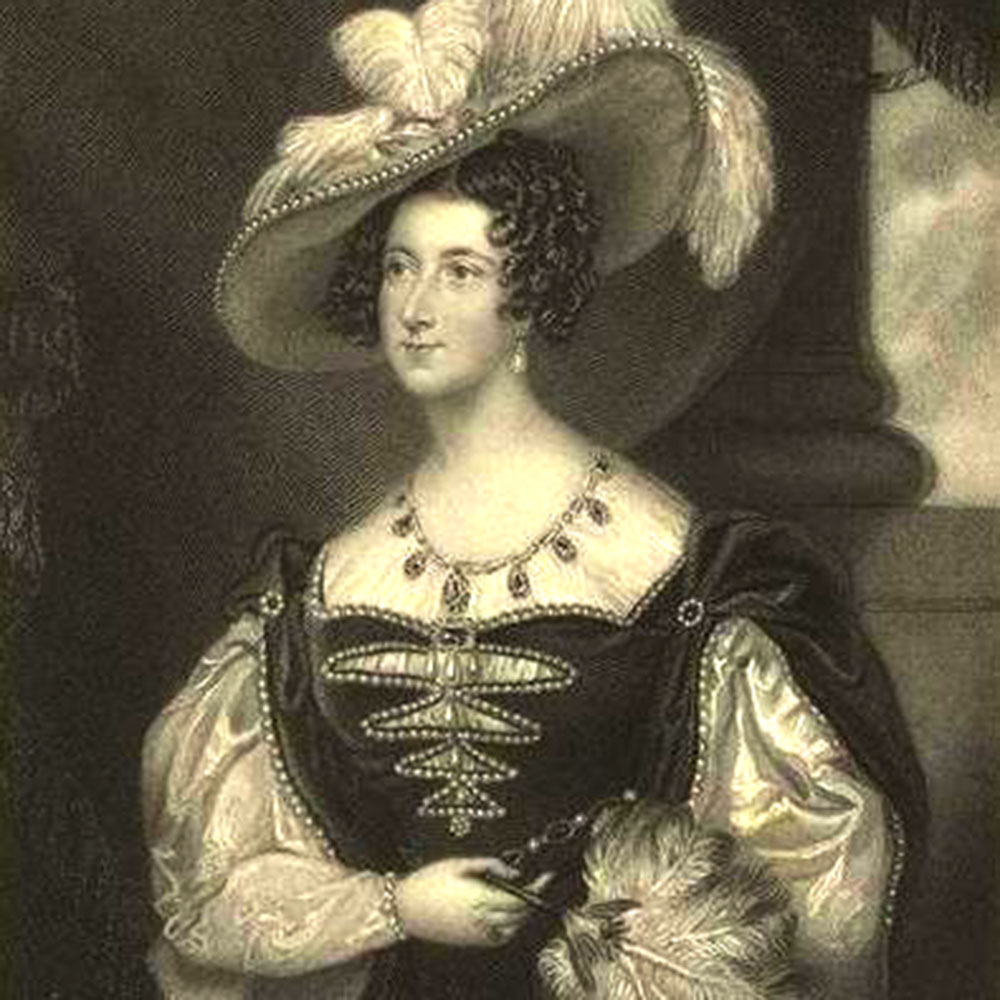 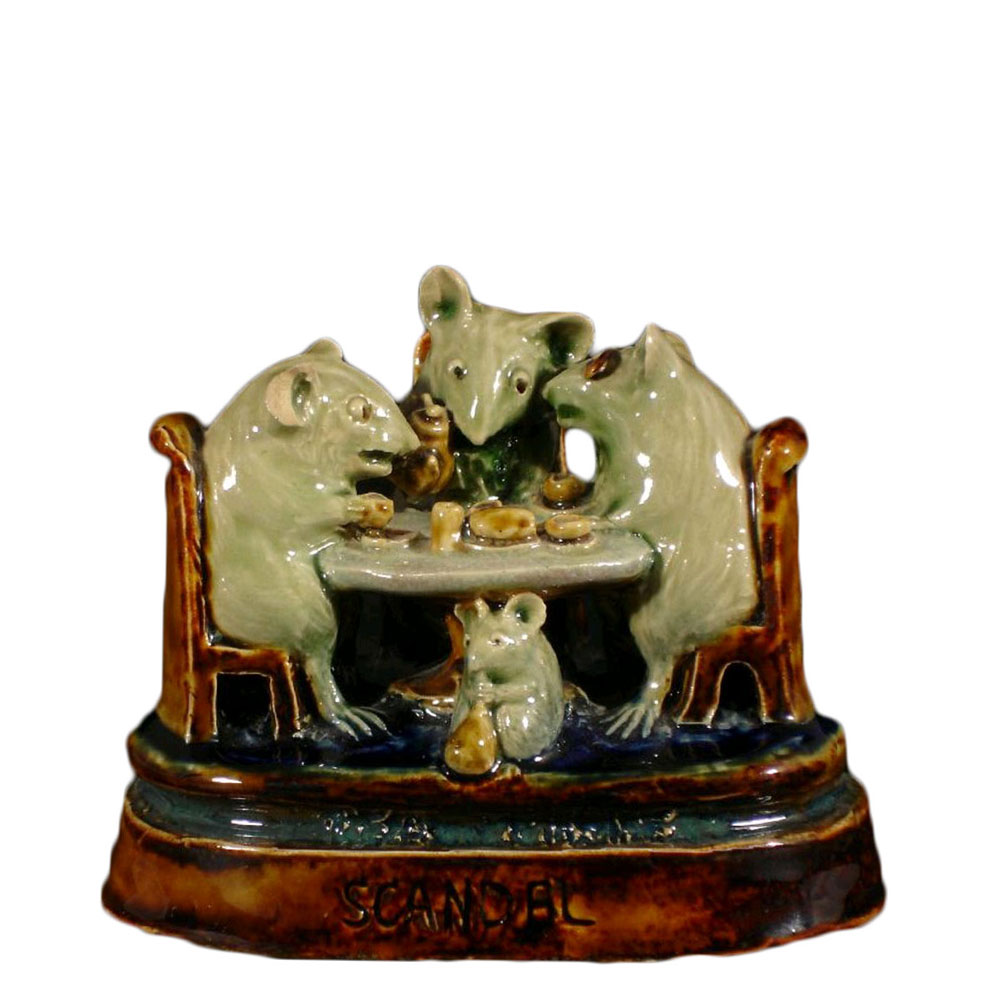 Sensational scandals have long inspired lively conversation around the tea table. Anna Russell, Duchess of Bedford, a lifelong friend of Queen Victoria, is credited with starting the traditional English afternoon tea party in the 1840s. Apparently she was no stranger to gossip.

The Duchess experienced a sinking feeling in the late afternoon between meals and began to offer sandwiches and a refreshing cup of tea to her lady friends. No doubt she kept the ladies enthralled for an hour or so before dinner with tales of her life as “Lady of the Bedchamber” to the Queen. She was personally involved in a scandal when she blemished the reputation of an innocent lady by spreading false rumors about her pregnancy.  In the 1880s, George Tinworth, the first Doulton artist, modeled a figure group at a tea party entitled Scandal, reputedly hosted by Sir Henry Doulton’s wife. He also portrayed his famous mice taking tea as a parody of the original salt-glazed stoneware sculpture.

Your ticket for the: Teatime Scandal