Who’s Who at WMODA – Michael Doulton

Michael Doulton has been a great friend to WMODA, which features the largest collection of Royal Doulton art pottery in the world. Michael is the fifth-generation descendant of John Doulton, who founded the Royal Doulton company in 1815. He is often a guest at our special events.

Michael joined the Royal Doulton company in 1969 and began his career as a traveling ambassador in 1976. With the launch of the Royal Doulton International Collectors Club in 1980, he became its Honorary President. Louise Irvine, now the Executive Director of WMODA, founded the Doulton Club and worked with Michael for many years during her career with Royal Doulton. On his travels around the world, Michael meets established collectors and fans of Royal Doulton. His work also involves appearing on television, giving newspaper interviews and taking part in radio promotions both at home and abroad.

Michael has a unique personal perspective on the history of Royal Doulton. He has many fond memories of visiting the original pottery on the London riverside as a young boy. It was the early 1950s and the Lambeth kilns were still firing. “From an early age I took a strong interest in Royal Doulton. As a child my father occasionally took my brother, Mark, and me to the factory in Lambeth, South London. At this time Saturday working was usual and so it was a special privilege to be allowed to accompany my father. I can still recall the salty atmosphere there, salty because the salt-glaze pots were literally covered with salt and the insides of the kilns were shiny and smooth like glass from the residue of the salt being burnt onto the walls.”

“To an eight-year old it was a magical place, the heat of the vast kilns like ogres' caves, with men in leather aprons, men hauling great trollies of pottery in and out of the kilns, sweat running down their faces from the heat. But the art studios were the highlight of my visit and there I was allowed to model clay. I still have a couple of masks that I made and painted and can remember the real sense of magic and thrill of making something and having it fired.”

Paris to the Potteries

From school, Michael went to the Sorbonne in Paris. He received a degree in French language and art and then became a stockbroker in London. After a few years, his spirit of adventure took him to Australia where he worked in the research and development department of a major department store.

When Michael returned from Australia, he joined Royal Doulton and his father sent him to Stoke-on-Trent to learn the business. He spent a few months learning how to make figurines and tableware. He was known as Michael Hunt so that the Potters’ Union would not think that a management ‘spy’ had been planted in their midst. He spent several weeks trying to master the art of painting Royal Doulton figurines and left the Potteries with a tremendous admiration for the skilled craftsmen and women who create them. He confesses he took three times as long to paint a figurine as everybody else! Reminiscences such as these are included his book Discovering Doulton which is in many collectors’ libraries.

“My father was a remarkable man whom I loved dearly. He was modest and very caring of the Doulton workforce. I think the biggest lesson I learned from him is to be considerate of everybody. I also inherited my love of racing from him. He used to race motorbikes and won seven Grand Prix. I have a passion for racing cars and although I no longer drive them, I love to spend time enjoying classic cars.”

With his wealth of experience and travel adventures, Michael is a welcome guest on radio and TV chat shows and he took part in the documentary film with Louise Irvine about Royal Doulton narrated by Patrick Macnee of The Avengers fame. He is regularly interviewed by newspaper and magazine journalists – maybe he’ll mention his early experiences as a crocodile hunter in Australia or the time his Miami-bound plane was hi-jacked to Cuba!

During the last 40 years, in his role as Royal Doulton’s travelling ambassador, Michael has been all over Asia, Europe, Australia, New Zealand, the USA, Canada and South Africa. Typically. he is away from home for 10 months of the year and in some years, he has traveled over 300,000 miles. “There is no average work day as it depends on my schedule of engagements. I could be in Florida one day and flying to Canada the next. One event might be at an antique show, the next in a hotel ballroom, another in a specialist china shop then maybe an appearance on one of the TV shopping channels.”

“I have some favourite pieces which have been handed down through the family to me over the years, including a portrait bust of Sir Henry Doulton modelled by the first Doulton artist, George Tinworth. Personally, I like collecting Royal Doulton animal models and rouge flambé vases which I also have in my home in England. I always say, first and foremost, buy what you love then you will enjoy it for a lifetime. At home, we use a tableware pattern which has been handed down through my family and has nostalgic appeal.”

“My wife, Pruna, and our daughters have been a great support to me during my travelling career and it is always wonderful to return to our family home in Gloucestershire to recharge my batteries. I like to relax in our English rose garden which we planted recently. Our daughter, Annabel, spent several years working for Royal Doulton before she married and helped promote the company’s new tableware designs to young brides.” 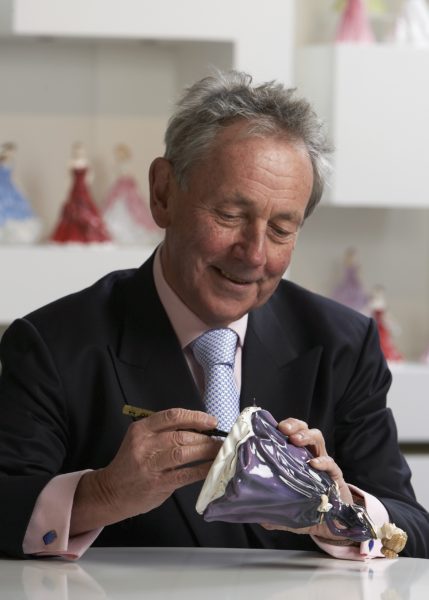 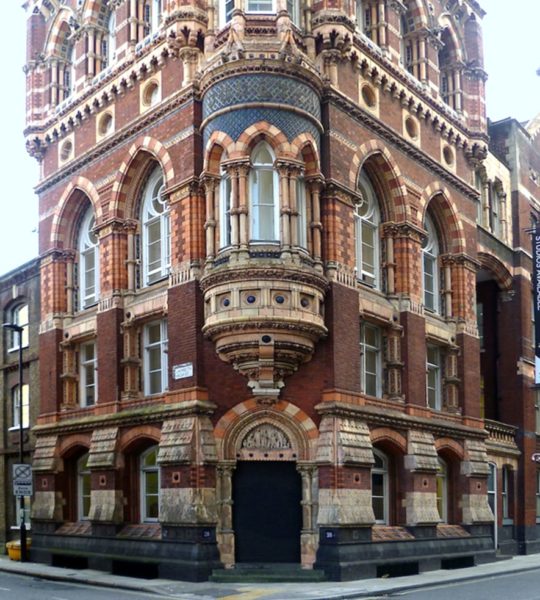 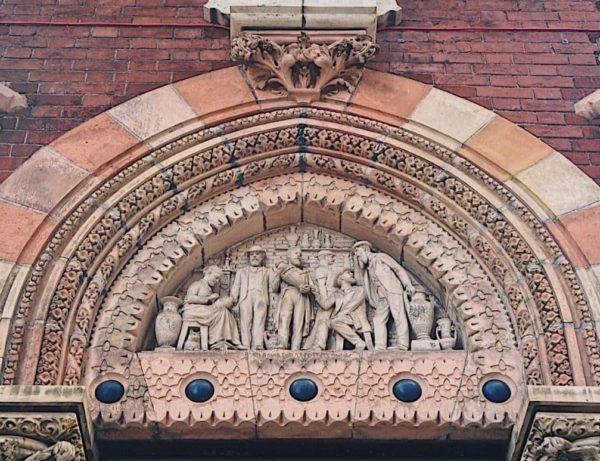 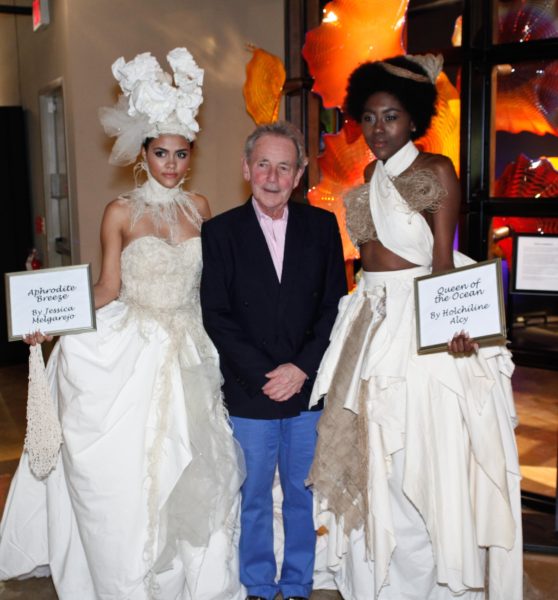 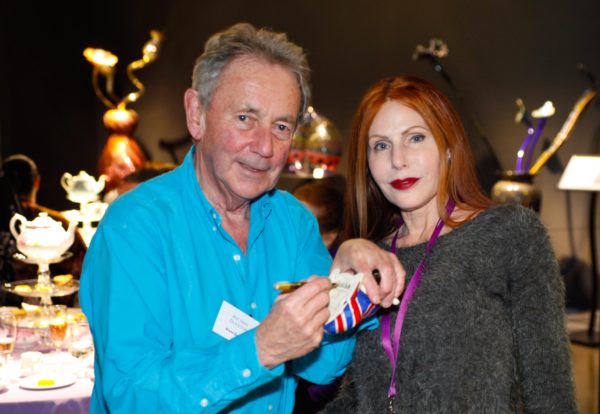 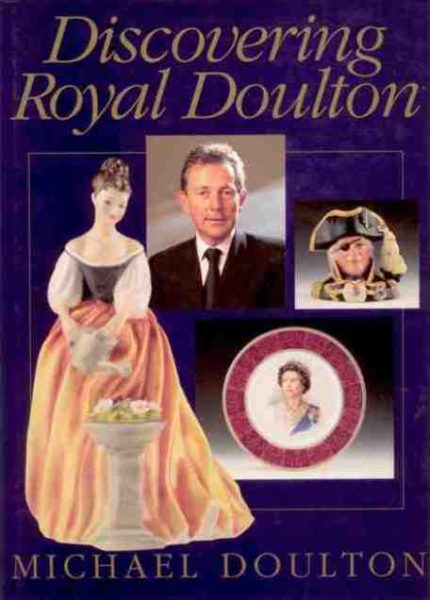 Your ticket for: Who’s Who at WMODA – Michael Doulton

Who’s Who at WMODA – Michael Doulton