Wedgwood blue and white Jasper ware is the most iconic style of British ceramic art at WMODA. Jasper was the result of years of experimentation by Josiah Wedgwood in the early 1770s. His goal was to find a ceramic body for decorating the fashionable neo-classical interiors of the period.

The matt stoneware body was tinted with metallic oxides in subtle shades to harmonize with the décor of Adam, Wyatt and other leading 18th century architects. The most popular pale blue color has become known as Wedgwood blue.  Relief figure decorations, typically in white, were molded and applied in a technique known as sprigging.

Wedgwood made Jasper cameos, vases and plaques to appeal to wealthy aristocrats returning from the Grand Tour of Europe. In Rome they studied the cultural legacy of classical antiquity and the Renaissance and acquired souvenir statues, bas-reliefs and urns to furnish their stately homes. Ancient Greek vases and Roman cameo glass from the collection of Sir William Hamilton, the British ambassador in Naples, were important influences on Wedgwood’s Jasper ware.  His artists worked from engravings and also from the actual Portland Vase which Josiah borrowed from Sir William and spent four years copying.

Producing large flat plaques in Jasper ware was a technical challenge which Wedgwood mastered for framed wall hangings and furniture embellishments. The Jasper plaque depicting Diana visiting Endymion was the largest tablet that Wedgwood made. The scene was copied from the Roman Sarcophagus of Gerontia now in the Capitoline Museum. The love story of Endymion and Diana was popular on Roman sarcophagi because it was a metaphor for the separation of loved ones at death and their appearance in dreams.

In Roman mythology, Diana was the goddess of the moon, hunting and chastity, who shares many of the attributes of the Greek goddess Selene, including her love of the beautiful mortal Endymion.  Diana has arrived from the sky in her horse-drawn chariot and is drawn towards the handsome shepherd by Cupid. According to the myth, Diana’s touch drew Endymion from his slumber and, incredulous at her beauty, he attributed it to a dream. Through Diana’s love and Jupiter’s powers, Endymion was granted eternal youth and timeless beauty in his perpetual state of dreams.

In the earlier Greek myth of Selene, the goddess entreated Zeus to grant the shepherd eternal sleep so that he would remain beautiful forever and never leave her. She bore him 50 daughters.  This plaque is one of several Wedgwood wall plaques in the Fantastique exhibition which opens on October 27. 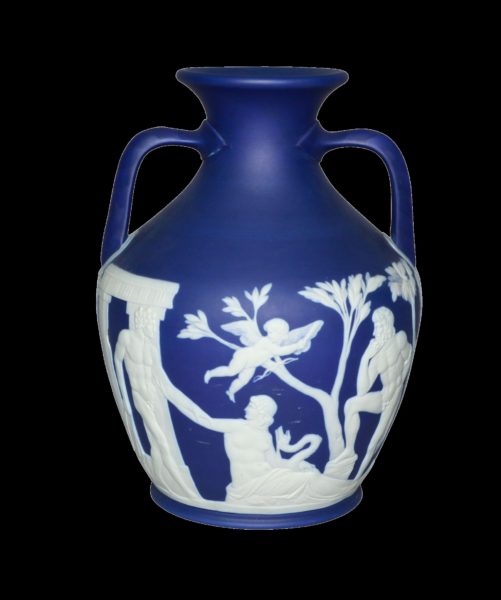 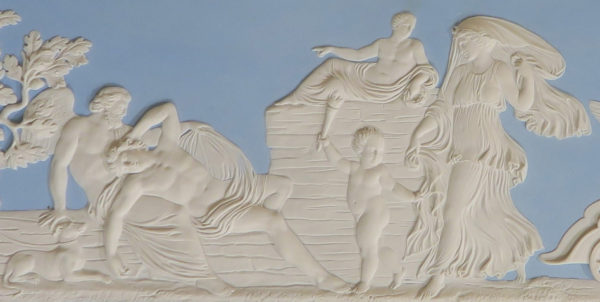 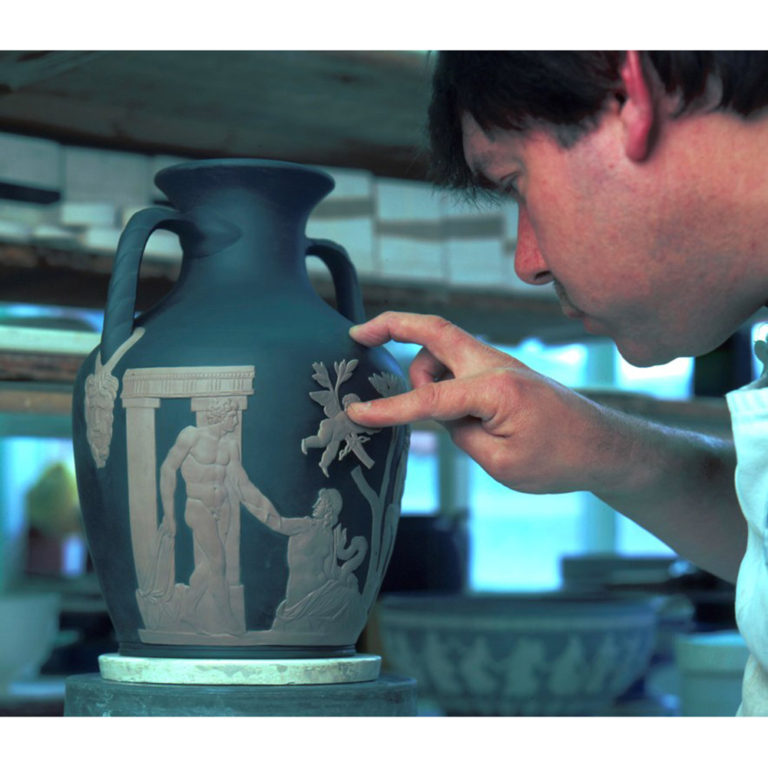 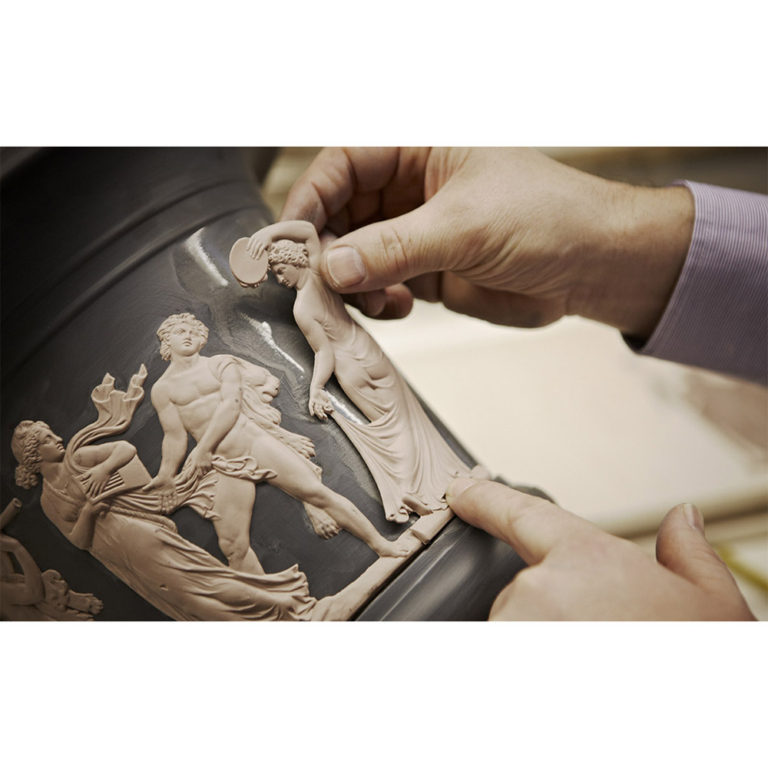 Your ticket for the: Diana & Endymion