Christmas Waits were bands of street musicians who formed during the holiday season to play carols around their community in hopes of raising money. The performances were variable and not always appreciated as can be seen in George Tinworth’s Waits Water mouse group at WMODA.

From medieval times until the early 19th century, every major British town had a band of waits. Typically they played their loud and penetrating wind instruments at civic occasions but also to wake the townsfolk for work on dark wintry mornings. The official salaried waits were abolished nationally in 1835 but lingered on at Christmas time when groups of amateur musicians and singers got together to earn money with some festive entertainment.

An 1890 cartoon in Punch magazine captioned “Everything comes to him who waits” depicts an irate resident hurling the contents of his bedroom at a noisy Waits musician. Perhaps this cartoon inspired Tinworth’s stoneware rendition for Doulton’s Lambeth Studio although his famous mice are being drenched with water. Tinworth produced different versions of this amusing ensemble before and after they are soaked for their efforts. 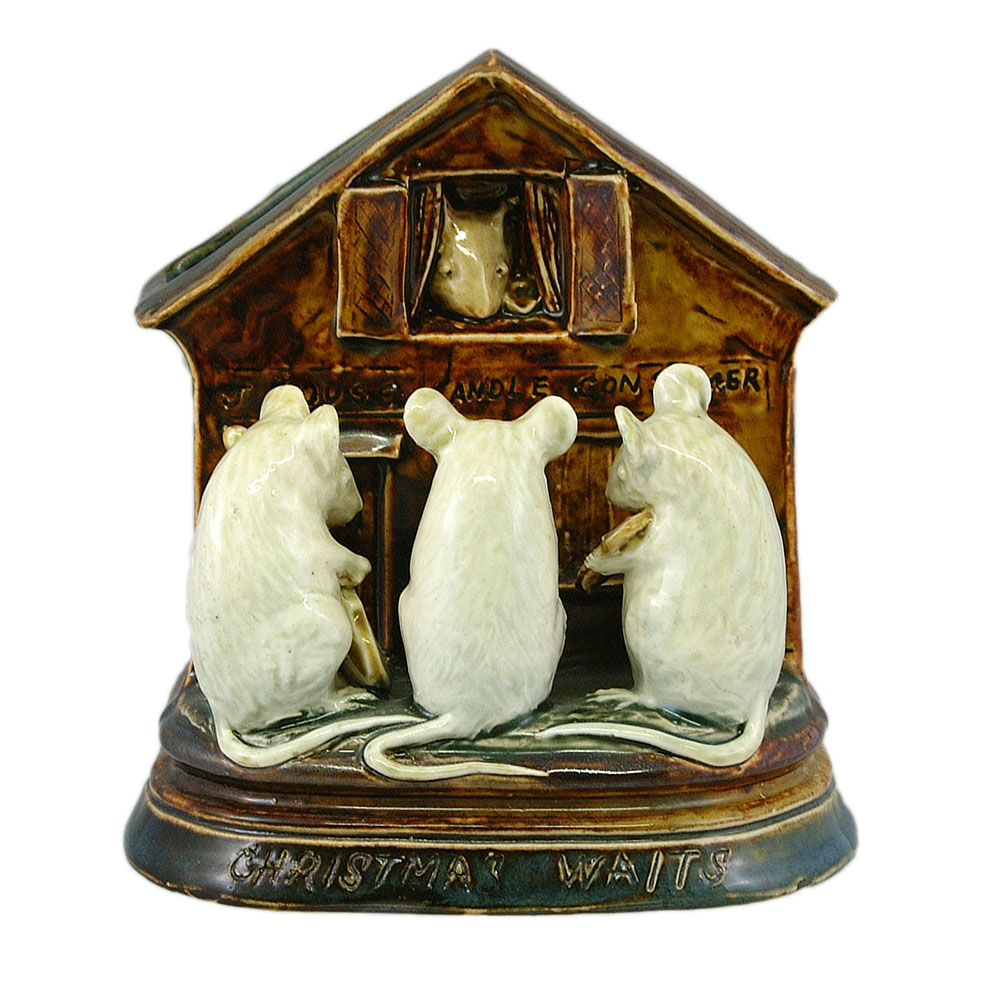 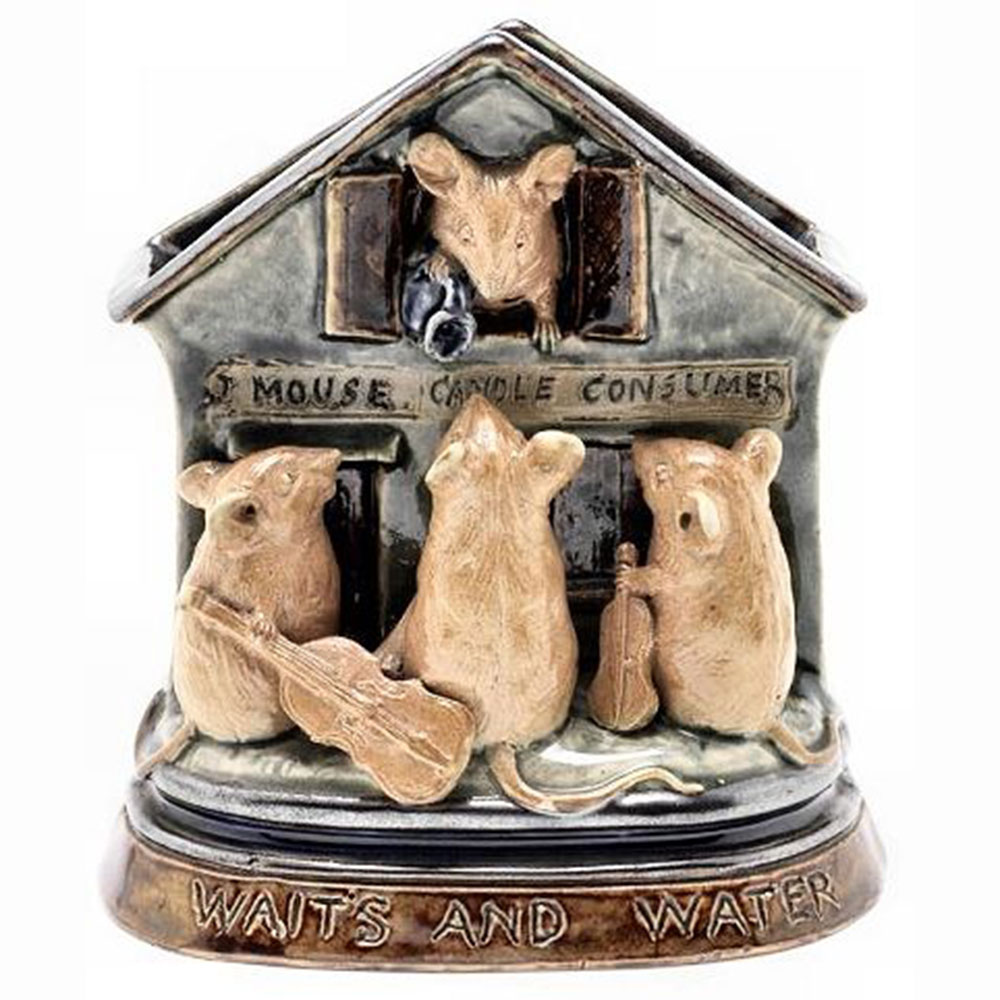 Your ticket for the: Christmas Waits