René Lalique is the most celebrated Art Deco designer in glass. He began to experiment with decorative glass in the early 1900s and opened a store in the famed Place Vendome in 1905. There he sold jewelry and decorative glass objets d’art inspired by his lifetime love of nature’s flora and fauna.

The Sweet Smell of Success

He began designing labels and perfume bottles for his neighbor, Francois Coty, which led to commissions from many major perfume companies and the opening of his own glassworks just outside Paris. Lalique’s work revolutionized the perfume industry by offering attractive scent bottles at affordable prices. By 1911, Lalique was devoting his time exclusively to works in glass and he was designing architectural features in glass, notably for the Coty building in New York.

After World War One, there was such a high demand for Lalique’s luxury designs that he built a larger glass-works in 1921 at Wingen sur Moder in Alsace. There he was inundated with commissions, including crystal mascots for radiator caps, which were status symbols on the exclusive cars of the day, such as Bentley and Bugatti. Lalique produced car mascots in satin, clear and frosted glass in many different colors and his subjects included voluptuous femme fatales, sleek stylized animals, and birds. The 1925 Paris Exhibition marked the climax of Lalique’s career as a glassmaker.  His beautiful opalescent glass was used to create sensual sculptures, vases, bowls, clocks, and toilette sets which were a triumph of Art Deco design.

Lalique’s high profile projects of the 1930s included chandeliers for the first-class dining room of the SS Normandie, and interior décor for Vionnet’s haute couture salons. His technical innovations with molten molded glass made his luxury products more accessible around the world and 600 workers were employed at his factory until war broke out in 1939. Unfortunately, René did not live to see his factory re-open after the war but his son Marc continued production using lead crystal glass.  Among Lalique’s latest commissions are the grand crystal staircases for the Oceania Cruises sister ships Marina and Riviera. Lalique crystal tables, mirrors and the prestigious Angelique vase complete this fabulous floating art collection.

Marius-Ernest Sabino also made lighting for luxury liners, notably the Isle de France and a lighted fountain for the Normandy. Sabino Art Glass was founded in 1925 and specialized in lamps and decorative objects in the Art Deco style. Born in Sicily in 1878, Sabino attended the National School of Decorative Arts in Paris and became fascinated with the medium of glass and the novelty of electricity. At his factory in Noisy Le Sec, he produced chandeliers and light fixtures, using his own chemical formula for opalescent glass, which often appears iridescent like light on a soap bubble. Sabino also used his expertise as a sculptor to create molded glass statues of beautiful women and stylized animals, which were bought by customers such as Josephine Baker and Maurice Chevalier. 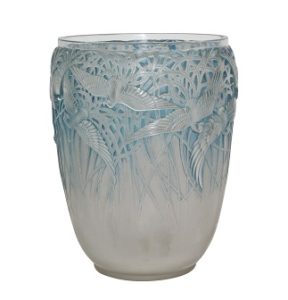 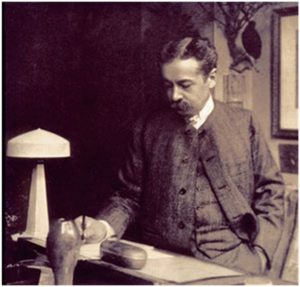 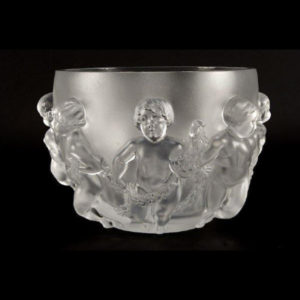 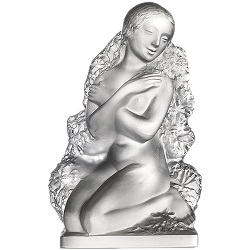 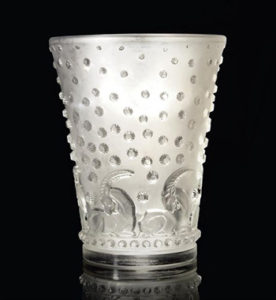 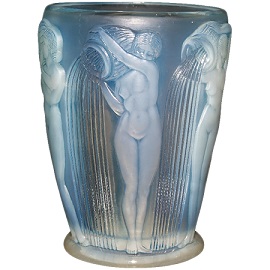 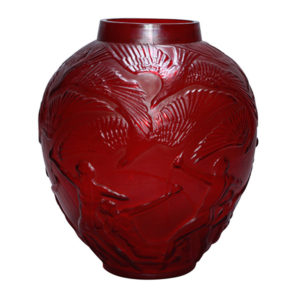 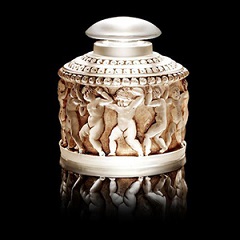 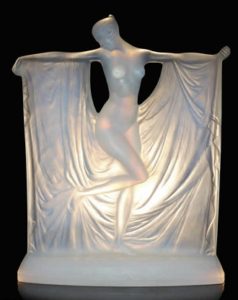 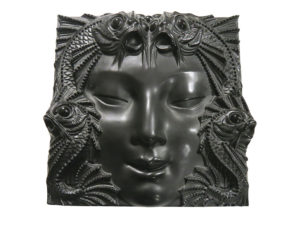 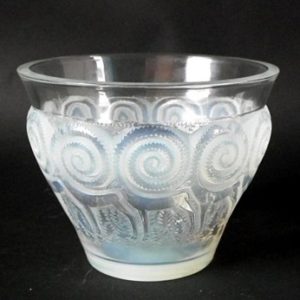 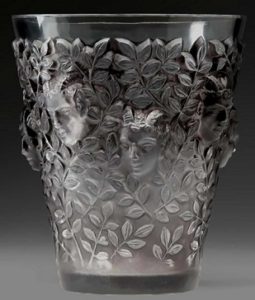 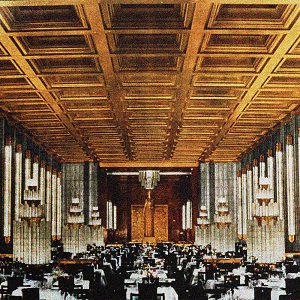 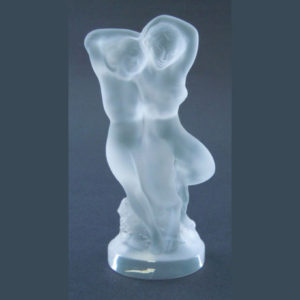 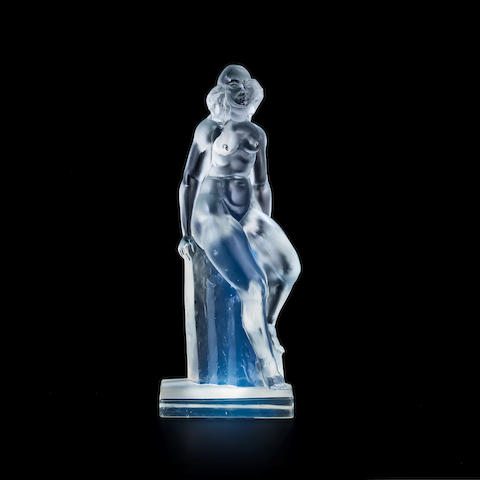 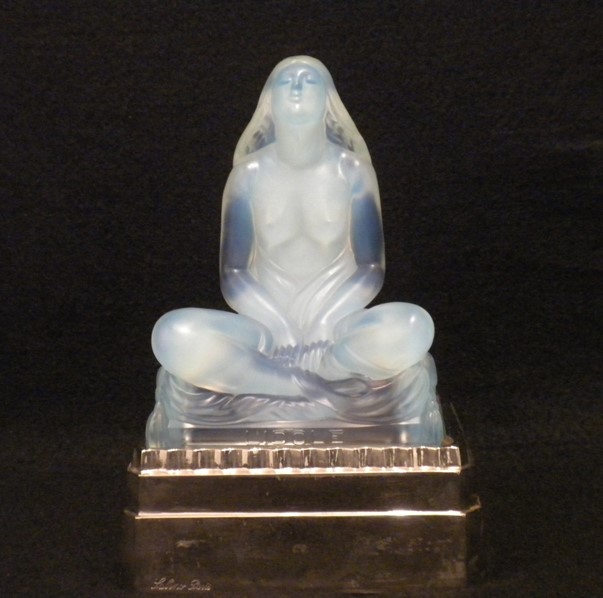 Your ticket for the: Art Deco Glass